UK oil and gas reserves may last only a decade, study suggests 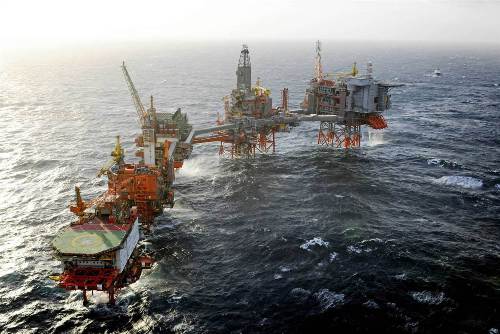 The Scottish and UK oil industries are entering their final decade of production, research suggests.

A study of output from offshore fields estimates that close to 10 per cent of the UK's original recoverable oil and gas remains -- about 11 per cent of oil and nine per cent of gas resources.

The analysis also finds that fracking will be barely economically feasible in the UK, especially in Scotland, because of a lack of sites with suitable geology.

If the study's predictions are correct, the UK will soon have to import all the oil and gas it needs, researchers warn.

Instead, they recommend a move towards greater use of renewable energy sources, particularly offshore wind and advanced solar energy technologies.

Scientists from the University of Edinburgh examined the UK's likely potential for fracking and carried out a fresh analysis of the country's oil and gas production.

They found that the UK has only minimal potential for fracking. Many possible sites are in densely populated areas, have low quality source rocks and complex geological histories.

Professor Roy Thompson, of the University of Edinburgh's School of GeoSciences, who led the study, said: "The UK urgently needs a bold energy transition plan, instead of trusting to dwindling fossil fuel reserves and possible fracking.